What is legal bill audit? 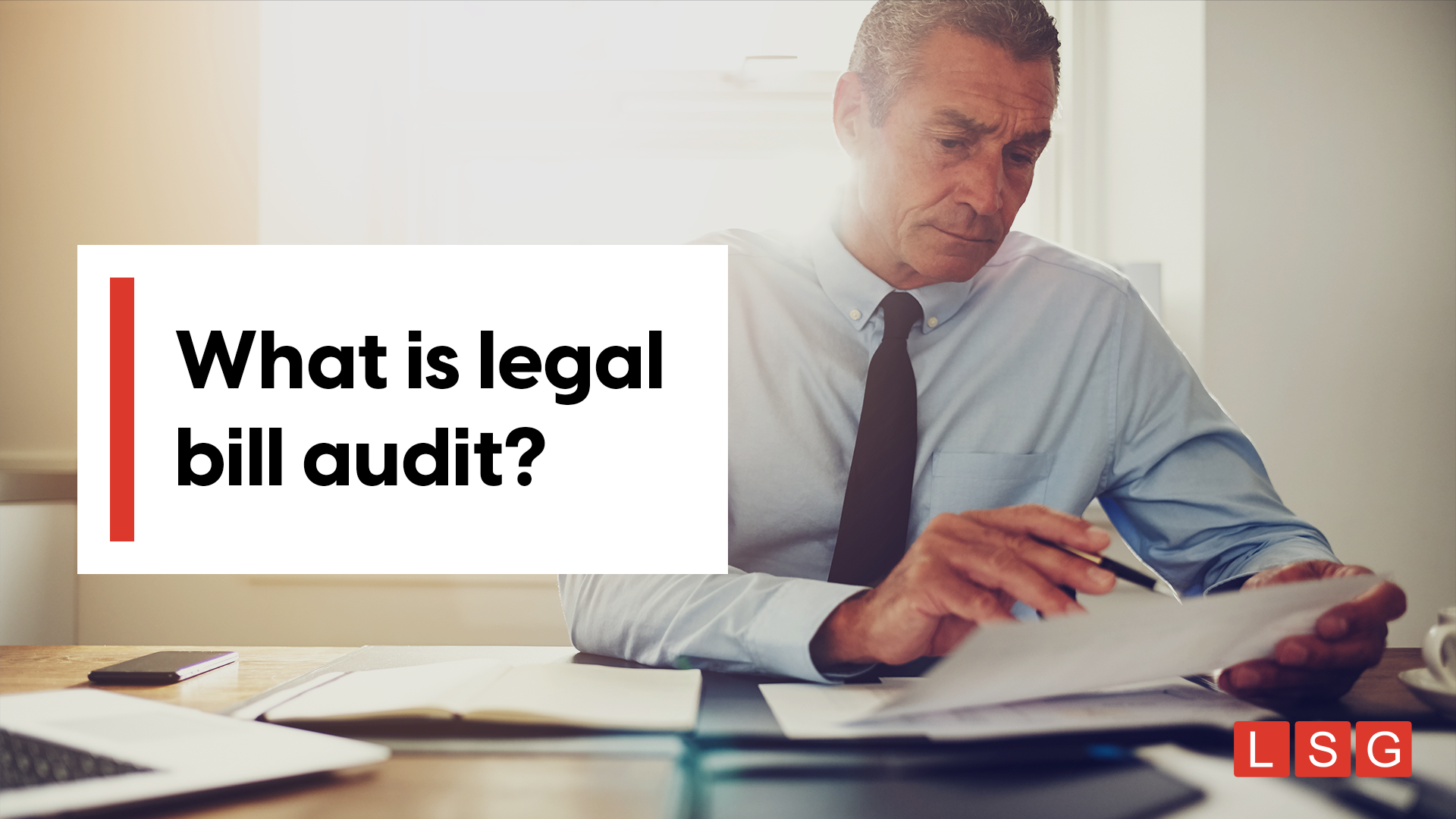 Legal bill audit is the process of auditing and analyzing legal invoices for billing guideline non-compliance, mathematical errors, as well as other issues and inefficiencies. The result of an audit is average legal spend savings of between 6-11%.

The errors, issues and inefficiencies found and flagged during a legal bill audit can range from large to small, and should always be listed out within the service level agreement a client has with their law firm vendor(s). This ensures that any potential overbilling is covered as “non-compliant”, giving the client grounds to reject or reduce the attorney fees for line items that are affected.

Instances of line items being likely to be flagged and rejected include lawyers with high hourly, e.g. partners, billing for legal services that could have been handled by a paralegal with a lower hourly rate. Examples of this would be paperwork, printing, filing and similar tasks.

How is a legal bill audit conducted?

Typically, legal bill auditing is carried out by a legal fee auditor, such as LSG who enterprises with sizeable legal costs often outsource the entire end-to-end process to. This includes the review and analysis of a client’s outside counsel invoices, with reduction/approval and any potential dispute resolution with law firm vendors handled by the legal fee auditor.

Alternatively, legal bill audit, or legal bill review as it’s also called, can be handled by an in-house team of invoice reviewers and auditors. This is more expensive, however, and adds unnecessary overhead compared to outsourcing the service in its entirety.

Examples of enterprises who often avail themselves of legal bill audit include insurance companies, restaurant chains, supermarket chains, transport companies, construction companies and beyond. The way it essentially works is that if there’s an enterprise with legal spend, then they would likely benefit from legal bill audit services.

What is the result of a legal bill audit?

Legal bill audit is not a service which can be deployed in perpetuity against the same law firm vendors with similar results. The typical way it works is that the initial audited legal invoices result in average savings of 6-11%, and often more. Our highest historical savings are ~30% per invoice.

Over time, law firm vendors gradually get more and more compliant with their billing, reducing instances of line items being flagged and therefore legal spend reduced. This isn’t negative, but instead rather positive.

The effect of legal auditing services over time is that the gradual improvement in law firm vendors’ billing practices reduces the need for auditing and all of the administrative work, including dispute resolution and beyond, creating lasting cost reduction and profit enhancements.

Sure, clients won’t see the large cost savings per invoice that they did in the beginning, but will instead receive clean, compliant invoices from all their law firm vendors, reducing costs in other areas of the business.

If you want to learn more, click HERE to request a demonstration and proof of concept of our legal bill audit service. Our direct contact information is +1 877 566 9574 or info@lsg.com